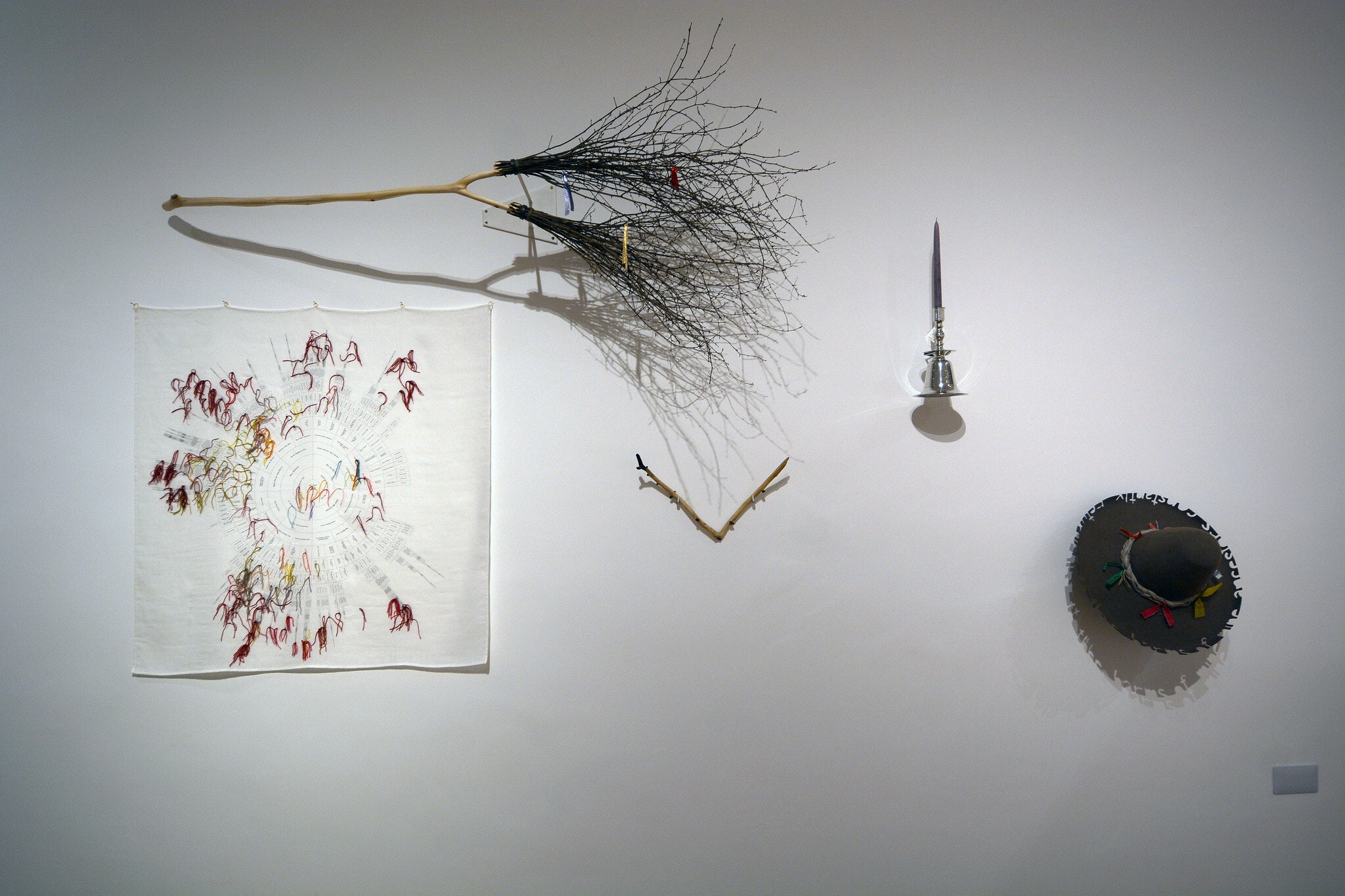 Another Crossing: on remembrance & myths

Wednesday, 11 May, 2022 — Third year BA (Hons) Fine Art student Stella Olivier visited The Box's Another Crossing exhibition to explore the commemoration of the 400th anniversary of the Mayflower

On display in The Box from 26 February till 5 June, ‘Another Crossing’ commemorates the 400th anniversary of the Mayflower. Developed through the pandemic by Plymouth College of Art in collaboration with The Box and the Fuller Craft Museum in Massachusetts, USA, the exhibition was scheduled to open in Plymouth and then be displayed in America to form a parallel with the Pilgrims crossing. Due to lockdown restrictions the show debuted at the Fuller Craft Museum first.

To celebrate the exhibition’s opening in Plymouth, The Box commissioned a catalogue to the Plymouth College of Art BA (Hons) Painting Drawing & Printmaking course. Students and staff collaborated in the making of a limited edition booklet that revisited the works presented in ‘Another Crossing’ with printmaking techniques that were used in 1620, the year of the first British settlement in the Americas. The ten artists invited to create work for ‘Another Crossing’, worked under similar circumstances.

"The voyage is both a national origin story for America and, given the widespread devastation of the Indigenous population that resulted, an event to mourn. There is common ground here in the act of remembrance, but the distance between these two perspectives can feel vast, more difficult to navigate than an ocean in a wooden boat…"
Another Crossing Introduction Statement

Curator Glenn Adamson selected American and European creatives skilled in different media such as metal, beading and wood, and presented them with the challenge to develop artworks using tools and materials that existed in the early 17th century. One of the most exceptional outcomes of this brief is a hand carved, live sized rescue vessel, installation piece titled ‘Bear Witness’ (2020). The artwork made by Jonathan James-Perry is an exemplary work of Wampanoag craftsmanship. Displayed hanging from the ceiling, and facing west to the Americas, the boat carries four medicinal bags, a symbolic augury of peace and healing. The historical processes that were utilised in the making of ‘Another Crossing’ aim at “closing a temporal gap” between the initial voyage and the events that developed from it. As described in The Box’s introduction statement:

"The voyage is both a national origin story for America and, given the widespread devastation of the Indigenous population that resulted, an event to mourn. There is common ground here in the act of remembrance, but the distance between these two perspectives can feel vast, more difficult to navigate than an ocean in a wooden boat…"

Bound to remembrance and the dismantlement of myths, the violent legacy of European colonialism, American settlement fables and insights into indigenous culture are interwoven in a body of work that was created to help people understand the many facets of the Mayflower. Study trips to Plymouth and Massachusetts and collaborations between artists and indigenous communities allowed for the works to be particularly diverse and powerful.

Exemplary are Anette Bellamy’s ‘Wood,Water and Distance’, an installation of seven boat forms, six of which were produced by indigenous artists and Jasleen Kaur’s collaboration with the British woodcarver Eleanor Lakelin which lead to a sculptural pair that plays on the semiotics of Thanksgiving.

Another Crossing is on display on the first floor of The Box until 5 June.

Tokyo-born Huhtamaki Wab, who lives and works in Cornwall, is one of two artists selected for MIRROR's South West Showcase 2022.