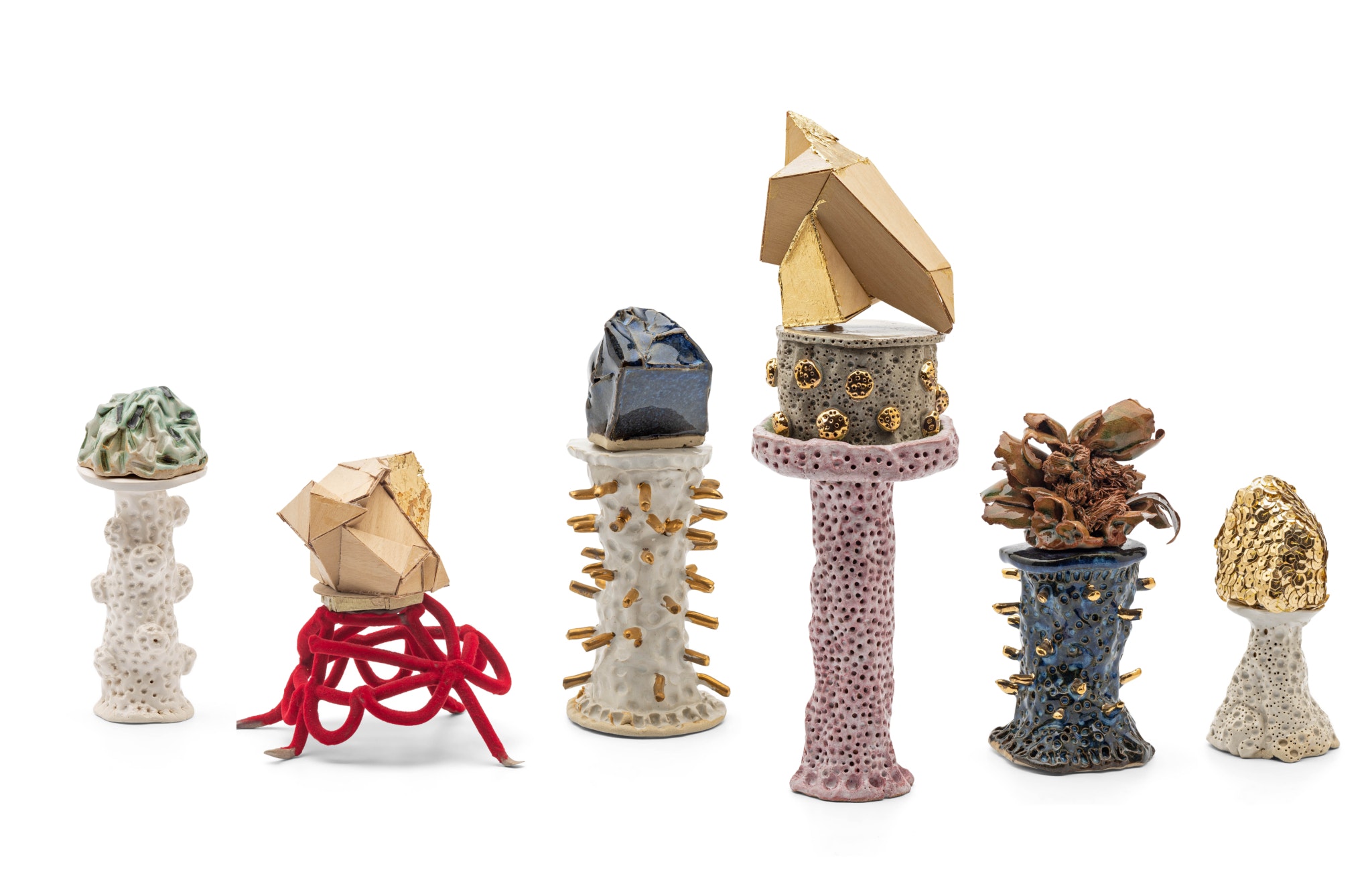 Artist and lecturer on BA (Hons) Illustration, Bridgette Ashton will be showing her new work, ‘ARTIFICIALIA: Fake Minerals & Fancy Plinths’ across Cornwall as a touring exhibition.

Bridgette is a lecturer at Plymouth College of Art who lives in Cornwall. Her practice includes sculpture, ceramics, printmaking, drawing and publications. Staging a number of participatory art events exploring neglected or unfamiliar aspects of particular locations, her work looks at redundant places, objects and archives - sometimes real and at other times invented - making scale-models, depictions and proposals that engage with the histories and narratives of the sites.

She has exhibited in galleries and museums in both solo and group exhibitions including Space Station Sixty-Five, London; Russell Cotes Museum, Bournemouth; Transition Gallery, London and Pitt Rivers Museum, Oxford. Recent commissions have been hosted by The Box, Plymouth; B-Side, Dorset and Royal Cornwall Museum, Cornwall.

Her latest work, ARTIFICIALIA, presents three wooden cabinets housing what appears to be elaborately presented geological specimens but on closer inspection reveal themselves as mineral-like objects made of ceramics, cardboard and plywood.

Some of the works reference JH Collins’ 1871 ‘Handbook to the Mineralogy of Cornwall and Devon’ in which the author describes and lists rocks and minerals found in the region. The three locations of the exhibition - Newlyn, Lostwithiel and Redruth - have been chosen for their importance to the history of Cornish mining and mineral collection.

Newlyn held significance for mining until the 19th century, with mineral dealer John Lavin’s shop and museum in the nearby Egyptian House in Penzance supplying ‘show’ specimens to important collector Sir Arthur Russell and Bridgette became interested in the fact that (according to collector Sir Arthur Russell) “Lavin was not above passing off a certain number of faked specimens”.

Lostwithiel was home to 18th-century mineral dealer Richard Talling’s ‘Fancy Repository’, selling specimens from local and wider Cornish mines. Redruth, once the centre of the Cornish mining industry, had many important mineral specimens discovered in its mines.

Blair Todd, curator of Newlyn Art Gallery said, “Having followed Bridgette’s practice since her participation in our ongoing residency exhibition in 2008, we are delighted to be hosting her Artificialia cabinet in our ground floor space at Newlyn Art Gallery.

The exhibition will be accompanied by an online presentation, Artificialia Digital, where virtual visitors will be able to examine 3D images of the work from their mobile device.

A series of guided walks and field trips will also take place during the exhibitions, taking participants to the sites of local mines and mineral dealers’ premises. The first of these is an artist-led walk from Newlyn Art Gallery to Wherry Mine on Friday March 4.

The exhibition is supported using public funding by the National Lottery through Arts Council England and has been made possible with generous support from FEAST Cornwall and Redruth High Street Heritage Action Zone.