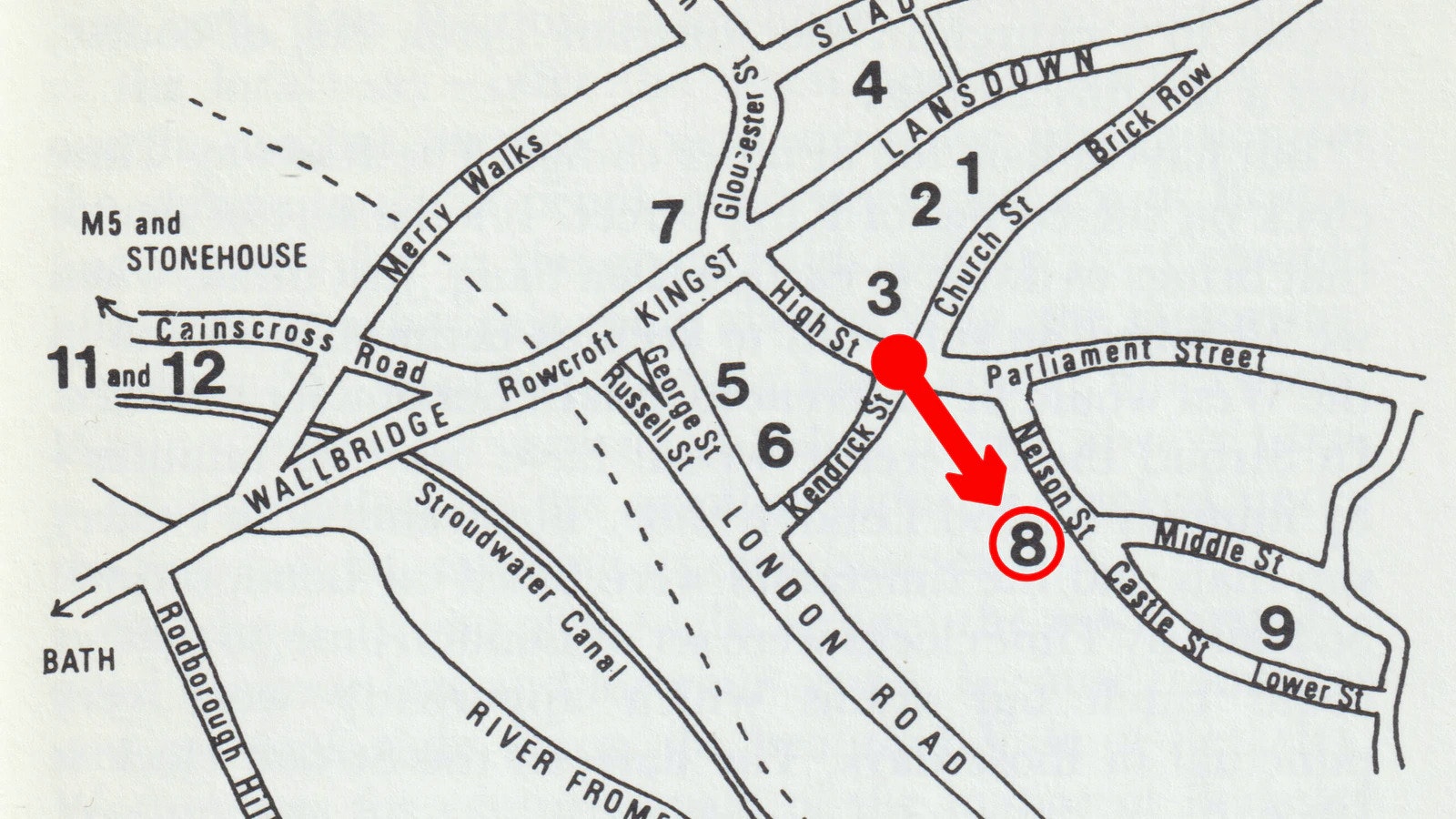 Artist, researcher and writer Dan Guthrie will be presenting his works ‘IC3 GL5’ alongside Huma Mulji’s exhibition ‘Your Tongue in My Mouth’ at MIRROR in Arts University Plymouth from Tuesday 16 August to Sunday 20 August.

‘IC3 GL5’ is part of MIRROR’s Give & Takeover programme and is a collection of new works which investigate historical and contemporary Black presences and mis-presences in Dan’s hometown of Stroud. These works draw from Dan’s experiences of being part of a council-led panel set up to review local streets, buildings, statues and monuments in Stroud. The panel gained nationwide media attention for a consultation they ran last year that, amongst other things, asked for people’s thoughts on what should happen to an object in the town called the Black Boy Clock, which was built in the midst of the transatlantic slave trade.

As part of his commission, Dan has been developing new moving image works and a research library in response to some of the conversations surrounding the original consultation. These new works will be on display for a week-long takeover of the Plymouth Arts Cinema space, staged in dialogue with Huma’s exhibition, ‘Your Tongue in My Mouth’ in the MIRROR gallery. Dan will be doing a free walkthrough tour and talk on August 16 from 1pm to 2pm, where members of the public will have the opportunity to learn more about the works on display and ask questions.

Dan said about his Give & Takeover commission, “I’m really looking forward to presenting these new pieces in Plymouth as it’s my first time making work for a gallery context. I’m interested to see how the work sits alongside Huma Mulji’s work in MIRROR.”

Dan Guthrie is an artist, researcher and writer whose practice often explores representations of Black Britishness, with an interest in examining how they manifest themselves in rural areas. In the last year, he has been a participant in East Bristol Contemporary’s Day School programme, a panel member for Stroud District Council’s review of streets, buildings, statues and monuments, and a part-time librarian.

His work has been screened at Exeter Phoenix, Alchemy Film and Moving Image Festival, Focal Point Gallery, Obsidian Coast and the ICA, and he has previously worked as a submission viewer for the London Short Film Festival and Glasgow Short Film Festival.

To launch MIRROR’s Give & Takeover programme, MIRROR has commissioned three South West based artists to respond to the 2022 exhibitions programme. Give & Takeovers can take any form with the one rule that they must not disturb the exhibition they are responding to and intervening with. The Give & Takeover commission series has been funded by Arts Council England with the support of National Lottery players.

Phil Rushworth of Flock South West and producer for Give & Takeover said, “The Give & Takeover series offers a really unique opportunity for emerging artists to start a dialogue between their work and the main exhibition programme. It’s also allowed us to play with different ways of using the gallery and university spaces. Dan’s project is no exception, turning the Plymouth Arts Cinema space into a multimedia installation that I think does a lot to articulate Dan’s experiences, both personally and as a visible part of an important activist movement.”

Huma Mulji at the 'Your Tongue in My Mouth' opening night

Huma’s exhibition opened to the public on Thursday 21 July 2022 and features film, photography and sculpture. This free exhibition centres on collective memory, time, place and belonging; complicating accepted historical linearity and placing two worlds in parallel entanglement, taking the viewer on a journey to re-read illegible stories and glimpse at geographies other than their own.

Immediately after independence in August 1947, the government of Pakistan began the long process that would, over the next few decades, modify street names, discard memorials, reshape cultural markers, revise school textbooks, weekends, architecture, law and language. To heal the deep wounds of partition, and in a hurry to distance itself from anything un-Islamic, centuries of syncretic cultural and religious rituals were slowly stripped away and transformed into collective memory. In 1962, Ayub Khan’s military government dismantled ‘Malika Victoria’, dispersing the many components of the memorial to the Imperial Queen, which eventually found their way across the city. The marble and bronze monument was originally commissioned to the sculptor Sir Hamo Thornycroft, and inaugurated in 1906, by George V at Frere Hall, Karachi.

Growing up in Karachi, Mulji navigated her way between the disembodied heads and limbs of discarded statues, in the back corridors of Mohatta Palace, then the abandoned home of Fatima Jinnah. In an article in The Herald magazine from 1994, she came across a vivid description of a pedestal outside the Karachi Municipal Corporation Headquarters. Like any city bench, it was found variously occupied by loungers, eating or waiting; cats devouring leftover food and crows and kites swooping down, after the last morsels. No-one knew or cared that this was the plinth where once stood the imposing marble statue of the former Empress of India. This year, Huma Mulji journeyed back to Karachi to find this plinth and in the process, stumbled upon other fragments of the memorial.

Huma Mulji is based in Bristol with a studio at Spike Island. Alongside her practice she teaches BA (Hons) Fine Art at UWE Bristol, and was previously a Lecturer in Fine Art at Arts University Plymouth. Her work centres on observing the everyday within urban geographies, particularly across South Asia. She is interested in telling the story of a nebulous combination of the dysfunctional, the heroic, the sorrowful and the resilient. Mulji works across media with a focus on sculpture, installation and photography and is represented by Project88, Mumbai.

Huma Mulji is one of two artists selected for the South West Showcase (SWS) 2022. SWS is a recurring open call platform, established in 2013, showcasing artists from across the South West region. The showcase aims to support artists working and living in the South West through a year-long programme of mentoring and support with an exhibition outcome; presenting a long-term commitment to profiling and supporting the practices of artists in this region.

‘Your Tongue in My Mouth’ runs in MIRROR at Arts University Plymouth until 14 September 2022. MIRROR is open Monday to Friday 9am to 5pm, Saturday 10am to 2pm and closed on Sundays. It is free to visit MIRROR.

There's still time to apply for our September 2022 undergraduate degrees. Click to find out more.