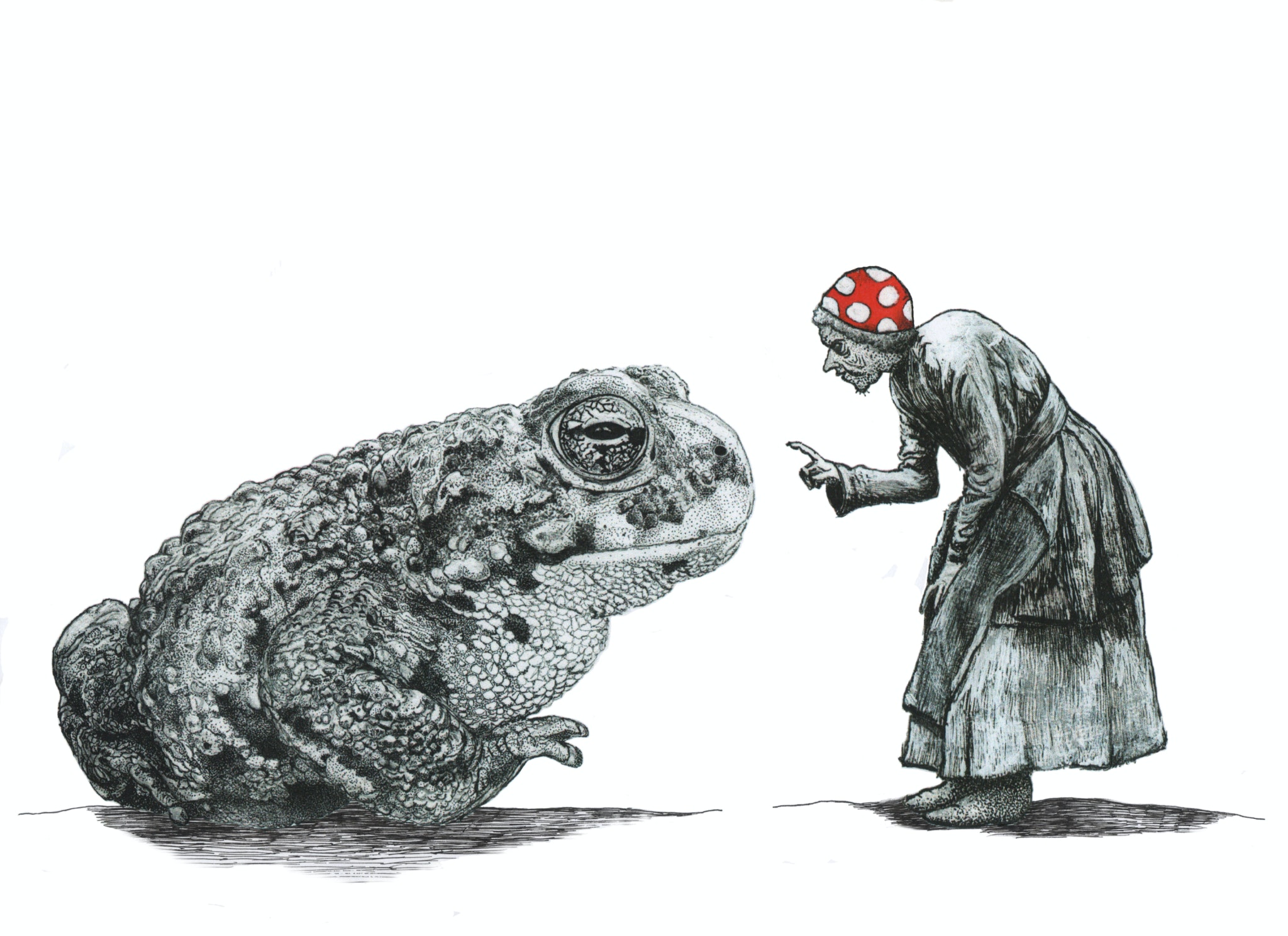 Thursday, 18 August, 2022 — Student Wellbeing & Complementary Health Therapist Ethan Pennell is an experienced acupuncturist and mindfulness tutor, as well as an Arts University Plymouth postgraduate alumni with a busy art practice and an MA in Creative Practices for Sustainability.

Ethan Pennell is our Student Wellbeing & Complementary Health Therapist. An experienced acupuncturist and mindfulness tutor, Ethan is also an Arts University Plymouth postgraduate alumni, with an MA in Creative Practices for Sustainability, and winner of the Arts University Plymouth Sustainability Prize 2014. He has a busy art practice, drawing inspiration from folklore, myth and ecology.

Arts University Plymouth students can come to Ethan for one-to-one appointments, providing general lifestyle advice, ear acupuncture, mindfulness training and solution-focused therapy, a goal-orientated approach to psychotherapeutic change. They can also just drop in for a friendly chat about their art practice and other stuff. He is currently in his final year of counselling training and works as a placement counsellor at University of Plymouth.

Ethan has run health and wellbeing courses for over ten years, with clients including people with learning difficulties, various drug and alcohol rehabilitation services and a homeless hostel. He has also created a programme of wellbeing workshops, courses, therapies and other events, freely available to students.

A wild swimmer and Dartmoor folklore aficionado, Ethan’s creative practice draws upon environmental issues, folklore, new materialism, storytelling and the Western Esoteric Tradition. His most recently published work was for ‘Sea Witch’s Companion’, by Levannah Morgan. This book about the spiritual power and beauty of the sea and moon discusses how practical magic and folk customs have been used to protect against the might of the sea, and to ward off the powers of storm and floods.

Ethan’s striking frontispiece for ‘Sea Witch’s Companion’ features the moonlit sea through an open window alongside a cowrie shell, bones and hagstones, all objects associated with enchantment. This sets the scene for introducing the occult concepts of the greater tides that lie behind our existence, and that govern our lives, births and deaths.

Ethan said, “I met the author Levannah, through being friends of the Museum of Witchcraft and Magic, in Boscastle, Cornwall. When Covid hit we created a group to talk about our creative responses to lockdown and Levannah asked me if I could provide an illustration for her upcoming book. It’s a subject that crosses over with some of my areas of interest, my own artistic work draws inspiration from folklore, myth and ecology.”

It is so easy to lose the sense of wonder and interconnectedness of the natural world. I hope I can help students to trust their own feelings, to find their purpose, and through this, the place where they feel they belong.
Ethan Pennell, Student Wellbeing Advisor at Arts University Plymouth, Complementary Health Therapist and Artist

Ethan is also a founding member of the ISEU - The Inner Space Exploration Unit, a group with overlapping interests which include regional television, spectral cultures, edgelands and other-worlds. Members include academics and practitioners from Cambridge University and Arts University Bournemouth. Ethan and his fellow members of ISEU will be presenting their work at the international Trans-States conference in Northampton on Friday 9 September. The conference and art exhibition will explore the complex interrelationships between contemporary occulture, deception, persuasion, trickery, and sleight of hand.

Ethan’s labour of love is his illustrated reference guide to the folklore landscape of Dartmoor. Alongside an illustrated children's book, it’s an ongoing project that encompasses the ancient fairy stories and legends of the unique, prehistoric moorland that surrounds Plymouth.

Ethan said, "For me it’s a feeling of connection to the land and the non-human. Being open to beyond what we see on the surface and the sense of mystery that envelopes you on the moor. It is these tales that unite us in a common ancestry. I feel it particularly around Wistmans Wood on Dartmoor, it’s name derives from the dialect word 'wisht", meaning "eerie/uncanny" and it is associated with the Wild Hunt in Devon, whose hellhounds are known as Yeth (Heath) or Wisht Hounds in the Devonshire dialect.”

“It is something that I try to draw on in my sessions with students. With the current ecological crisis the world is experiencing, along with Covid and how taxing that has been on people's mental health, there is almost a collective grieving going on - a heavy weight. One aspect of my approach to the work I do with students is helping them to reconnect with their own artistic purpose. By finding what it was that brought you here in the first place, what brought you to your course, they can reconnect back to their artistic purpose. I hope I can help them trust their inner feelings.”

“It circles back to what inspires my own artistic interests. Dimpsy is a word in West-Country dialect that describes the half light as the day shifts to twilight. It’s a liminal state full of magical possibilities where the magical can come into contact with the human world. Where things are not always as they seem and fairy tricksters can come and play. For me Dartmoor is where I feel grounded.”

“I try to encourage students to reconnect with this sense of curiosity, the childlike sense of play and enchantment that inspires them to make and create. It is so easy to lose the sense of wonder and interconnectedness of the natural world. I hope I can help them to trust their own feelings, to find their purpose and through this, the place where they feel they belong.”

Find out more information on what student support Arts University Plymouth has to offer on our Health & Wellbeing page.