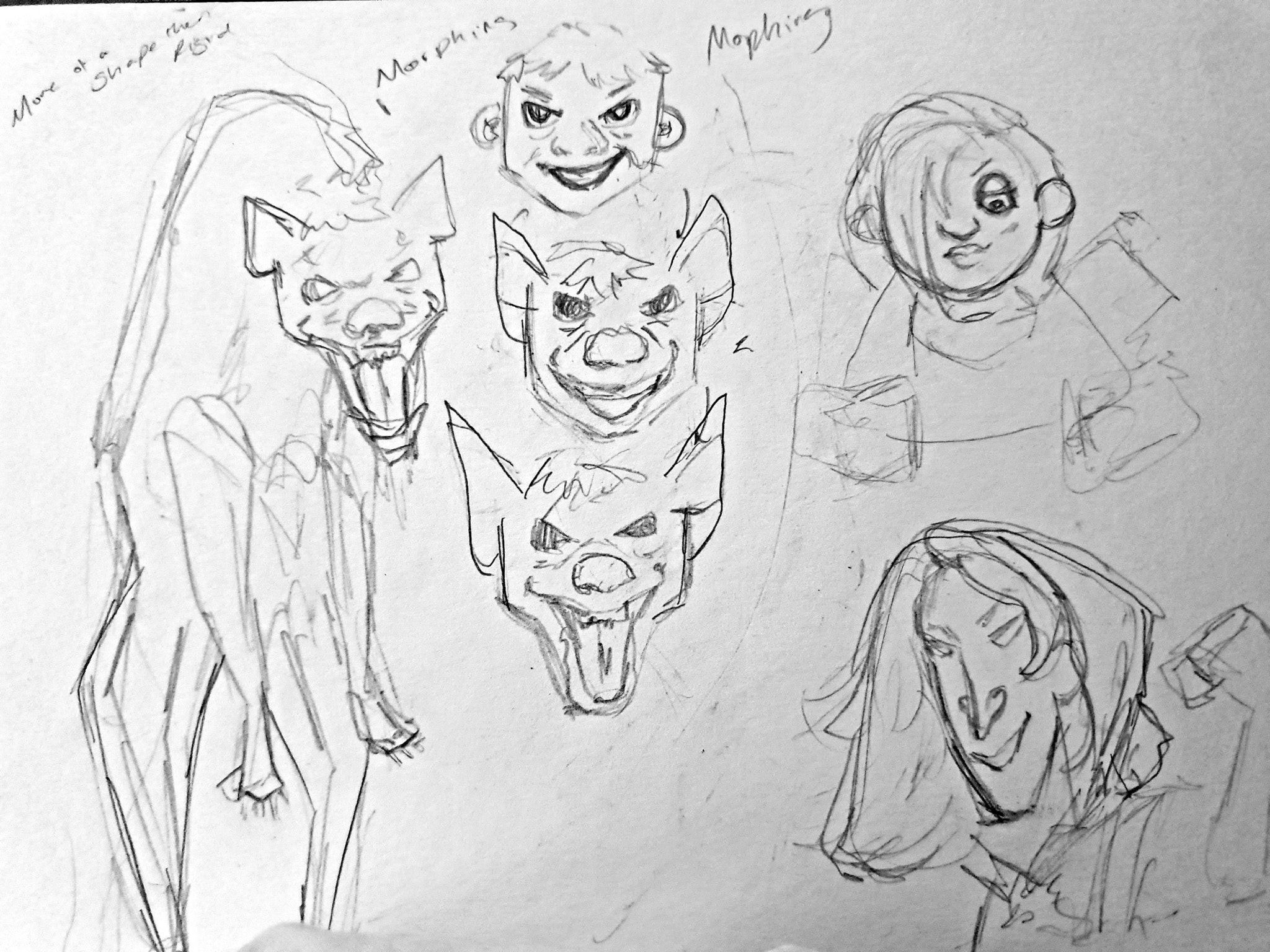 In a student competition hosted by the BBC, Bryan Wallen and Lottie Wishart were able to tell the story of Lou Gallie, who after being admitted to intensive care following complications during a planned procedure, developed delirium - an acute confusional state.

During her stay at Derriford Hospital in 2018, Lou experienced intense hallucinations which felt real and as if they lasted for weeks, which Animation students Bryan and Lottie were able to recreate visually to raise awareness of the condition.

Lottie said, “The brief was to create an image from a series of words, based on a dream sequence; a woman in a hospital bed surrounded by shadowy figures of nuns. The brief asked us to style it with the dreamlike content in mind, with bright and vivid colours for the dreams, while real life showing pastel shades and subdued tones. I was immediately inspired and started sketching, it felt like the perfect project for weird old me! They ended up choosing two images, mine and Bryan’s, with his style dark and edgy and mine focussing on pastels and watercolour, I think they complimented each other quite well.”

Taking place on 17 March, World Delirium Awareness Day is an annual day of delirium recognition, education and prevention through community engagement, an agenda helped by the visualisation of Lou’s experience by the students.

Bryan said, “Lou told us what she went through, and we worked through it as a team to figure out what we could create, but Lou was really on board with our ideas. We had quite a bit of freedom, but there were definitely scenes where we knew wanted it to look a certain way. It was a learning experience from start to finish.”

Lottie said, “We started off with a storyboard session that was essentially a lot of multicolour post it notes representing different scenes! I then drew up a shot and assets list from the storyboard, and from there we did an animatic, basically a preliminary version of the film. This involved putting the storyboard into frames, adding bits where needed and from there you can go into more detail with style and colour. It was so interesting finding out in depth what it was like to have delirium and trying to accurately recreate that.”

Lou, on waking up from emergency surgery, found herself in a home run by nuns, trying to convert her to their religious sect. Another of her disorientating deliriums involved a series of riots outside the hospital, where she describes teenagers like hyenas, outside her hospital bedroom window, throwing rocks and starting fires.

She also recalls returning to her hospital room after a scan and finding it had been turned into an underground Olympic swimming pool. For Lou, these are memories - she knows they could not have happened but she remembers them as though they were part of her life.

Lou said, “I had an argument with my dad because I could see the local lifeboat in the water, and I was trying to tell him about it. He had no idea what I was talking about and I found it so frustrating. I could see the lifeboat - it was right there. I couldn’t understand why no-one could see what I could see.”

Delirium is an acute confusional state that can happen to patients when they become unwell. About 25% of people in hospital have delirium, but it can rise to 75% in intensive care. It’s difficult to pin down exactly why delirium happens, but it’s often related to circulating inflammatory chemicals that get activated by having an infection. Treating delirium is often about finding the factors that are causing it, so making sure infections are being treated and the patient has adequate pain relief, but also by the simple things, such as making sure someone has their glasses or hearing aids, or being able to see their loved ones.

Bryan said, “It must have been very scary for Lou, going through all of that. The plus side of the project is that I’m quite into horror, so animating her experiences was really interesting and quite fun to me. I think I scared her with some of the animations, it must have been a vivid reminder.”

Lottie said, “Some people think that delirium can’t affect someone that much, but talking to Lou, you can see how much of an impact it has had, and it should be talked about more. Especially with Covid, a lot of people have been sick and are coming out of hospital with delirium, so I’m very glad to be raising awareness. I also really enjoyed animating something so unusual, it’s not every day you animate hyenas into people. It was so out there! Taking literature and experience and turning it into a fully realised concept is so interesting. Not every animator gets the choice to do that.”

Nick Crawley, Employer Engagement Officer at Plymouth College of Art, said, “We always like to encourage students to take part in live projects. It’s a great opportunity to work on an external brief with a real employer. For Lottie and Bryan, it was the chance to put their skills into practice, create a working relationship with their client and each other, and present a fantastic final piece of work, all while raising awareness of an important issue in a creative and thought provoking way. By doing competitions and live briefs, students are able to gain the transferable skills to take them straight from graduating into industry.”