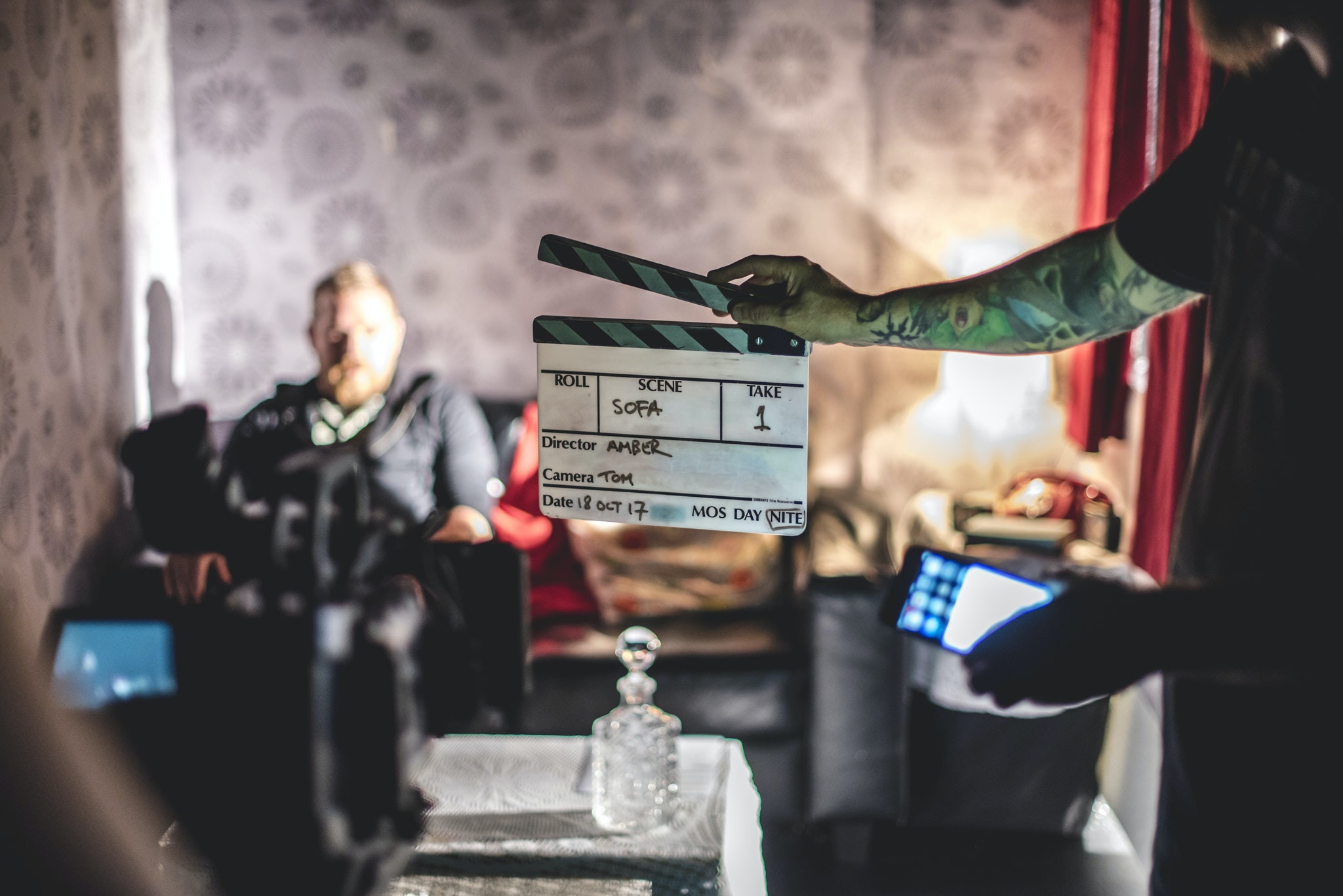 Monday, 20 December, 2021 — Students aged 15 to 19 from across the country took part in the 72-Hour Film Challenge, with the winning film 'The Cure' submitted by Queen Mary's College in Basingstoke

Last weekend, Plymouth College of Art launched its first 72-Hour Film Challenge, inviting young people aged between 15 and 19 years old from schools and colleges across the UK to create and submit a short film to a set theme within a 72-hour period. Students from Queen Mary’s College in Basingstoke, Hampshire, were announced as the winners in a celebratory screening event held at Plymouth Arts Cinema.

Runners up included Laura Jernstroem from Plymouth High School for Girls with her film ‘Lost Frequencies’, ‘Nineteen’ by Matthew Simpson from The Henley College and Ciara Redmond from Strode College’s ‘Friday Night’. These entrants received tickets for Plymouth Arts Cinema as well as the opportunity to have a face to face feedback session with academics from the college’s BA (Hons) Film & Screen Arts degree.

A screenshot from the winning film 'The Cure'

At 9am on Friday 10 December 2021, aspiring filmmakers who signed up ahead of the challenge were given the theme “What’s in the box?” to respond to. They then had 72 hours to shoot, edit and submit finished films responding to the theme, with entries closing at 9am on Monday 13 December.

The films were judged by a team of professional filmmakers, curators and lecturers from Plymouth College of Art’s BA (Hons) Film & Screen Arts and BA (Hons) Sound Arts degree courses. All submitted films were premiered in a screening on the same day in Plymouth Arts Cinema, the city’s only independent arthouse cinema, with a livestream available for those who couldn’t attend in person. Students who attended the screening also had opportunities to be interviewed by media journalists from across the South West, including representatives from the BBC and D&CFilm.

The winning film, ‘The Cure’, was created by students Crystal Fraser, Joe Hall, Sam Mcleod, Tommy Damiral, Rhiann Gillman, Ryan Baker and Ryan May Miller from Queen Mary’s College in Basingstoke. Featuring a bored radio presenter and a mysterious set of phone calls, the radio DJ’s game of ‘Guess what’s in the box’ takes a sinister turn. The students from Queen Mary’s College have won a GoPro 10 kit for their college, as well as a production consultation with one of the filmmakers who teach on the BA (Hons) Film & Screen Arts degree at Plymouth College of Art and a voucher towards submitting their film to other film festivals.

Judges of the challenge were impressed with the great use of set design, the interesting concept and the quality of the acting.

Lucy Leake, Assistant Head of School of Arts + Media and member of the Challenge’s judging panel said, “‘The Cure’ had an excellent concept and great acting. It was wonderful to see such a well developed story that worked rhythmically and kept the viewer intrigued.”

Chris Bailey, Senior Lecturer on BA (Hons) Film & Screen Arts and member of the judging panel said, “There was great use of set design in ‘The Cure’. The acting was well done and the film was well shot. It had such an interesting premise and the sinister delivery was excellent. For students to be able to create this quality of film in such a short space of time is a really incredible achievement.”